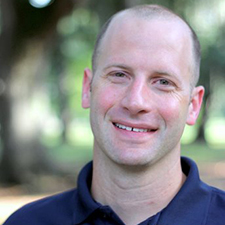 Create a sustainable development corporation that builds environmentally sound and affordable structures in the Gulf Coast.

Reuben Teague is co-founder and principal of Green Coast Enterprises. Prior to co-founding GCE in 2007, Reuben worked as a law clerk in the chambers of the Hon. Edith Clement of the United States Court of Appeals for the Fifth Circuit, and also clerked for the Hon. Sarah Vance of the United States District Court for the Eastern District of Louisiana during the 2005-06 term. He has also worked as a Policy Analyst for Public Citizen and as a business strategy consultant for the Kalchas Group/CSC. Reuben has been named one of Gambit Magazine’s “40 under 40” for 2009, one of Fast Company’s “10 Coolest Innovators Rebuilding New Orleans,” and one of “America’s Most Promising Social Entrepreneurs” by Business Week. Reuben holds a JD from New York University School of Law and an AB in Economics from Princeton University.