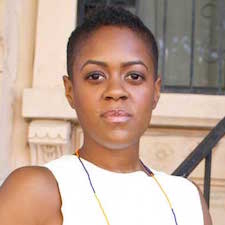 Create personal and social transformation by using the space in coin-operated laundromats in communities of color as places to create and display art.

Rooted in the belief that art and cultural participation serves as an important pathway to civic engagement, The Laundromat Project aims to create socially relevant arts programming that is physically, conceptually and financially accessible to residents of Bedford-Stuyvesant, Brooklyn by offering the programming in a functioning laundromat. The Laundromat Project capitalizes on the “open space” of the laundromat to engage people that may not actively seek out an arts experience and/or those who may not be involved in social change initiatives. Through programs and workshops that focus on visual literacy, art making and exhibition, The Laundromat Project raises awareness around the issues affecting its community and create substantial opportunities for social critiques that lead to action. As a social enterprise, The Laundromat Project employs an innovative funding model, whereby income from the laundromat will provide a source of sustained revenue for the arts organization.

Risë Wilson first conceived of The Laundromat Project in 1998-99—envisioning “a space for people to be able to create, not just consume art.” She served on the Board of Directors from incorporation in 2005 through early 2016 and remains a major champion of our work. She is currently the inaugural Director of Philanthropy at Robert Rauschenberg Foundation (RRF). As a member of the foundation’s senior leadership team, Risë is leading the organization through a new phase of charitable giving—one that builds on the legacy of its founder while remaining relevant to contemporary concerns. To that end, the foundation supports initiatives at the intersection of arts and political issues, particularly those that embody the fearlessness, innovation, and multidisciplinary approach that Rauschenberg exemplified in both his art and philanthropic endeavors. RRF is particularly interested in the role of creative problem solving in achieving social change. Ms. Wilson’s sixteen- year tenure in arts and culture includes roles at the Ford Foundation, Parsons: the New School for Design, MoMA, and the International Center for Photography. She holds a BA from Columbia University where she was a Kluge Scholar, and an MA from NYU, where she was a MacCracken Fellow.