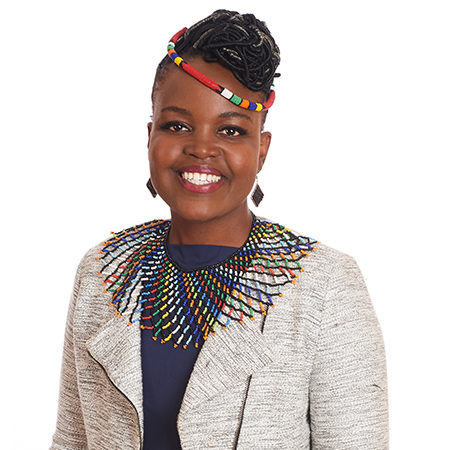 Reduce poverty and malnutrition for rural women subsistence farmers by developing a fully mechanized community farm, which equips and capacitates the women with the required tools and information.

Women produce half of the world’s food and are responsible for their family’s well being; yet they are often treated as second-class citizens. According to the United Nations, “women’s empowerment is one of the most important pathways to achieving the SDG goals.” Mnandi Africa helps rural women combat poverty and malnutrition by empowering and equipping women with skills and knowledge in agriculture, nutrition, markets and technology; assisting them access affordable and effective agro technology through an input-sharing program; and collectively purchase and sell goods and services. Mnandi’s vision is to ultimately end hunger and poverty.

Ruramiso is the founder of Mnandi Africa and is the first woman to become chairperson of the Zimbabwe Farmers Union youth wing. Ruramiso’s primary role is to advocate and lobby for youth and woman participation in agriculture. Upon completing a degree in Agriculture Business Management, Ruramiso worked for one of United Kingdom’s leading agriculture equipment companies. It was during that time Ruramiso realized how the use of equipment and technology could transform agriculture. Upon her return to Zimbabwe she committed herself to transform the image of agriculture. Her work was noticed by AGCO, and she was invited to attend their Africa Summit in Berlin in 2015. After sharing her story, she won an award for influence and leading woman toward mechanization in Africa. In 2016, Ruramiso was selected to participate in the Mandela Washington Fellowship, which is the flagship program of Barak Obama’s Young African Leaders Initiative. Ruramiso was selected to be a panelist at the World Food Prize in Iowa and gave input on the importance of nutrition in Africa.