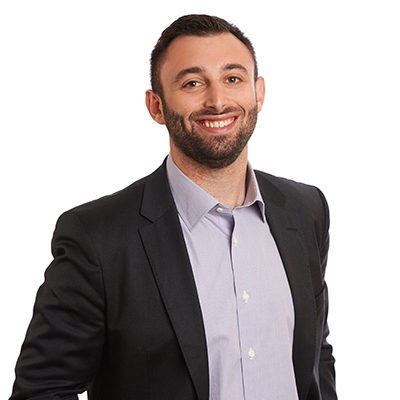 Coral Vita brings dying reefs back to life by growing climate change resilient corals and transplanting them into degraded reefs. We work with the world’s leading coral scientists to incorporate breakthrough coral farming methodologies, which enable us to grow corals at rates up to 50 times natural speeds, and allow us to boost their resiliency against the warming and acidifying ocean conditions that threaten their survival. By creating coral farms in tropical countries all around the world, Coral Vita will help sustain reefs for generations to come.

Sam is the co-founder of Coral Vita, where he works to counter global reef degradation through large-scale coral farming. He started scuba diving when he was 13 years old, and has been in love with the oceans ever since. After graduating from college, Sam worked with ELI Africa and the Mauritius Oceanography Institute to launch a United Nations-funded coral farming project. While working on this initiative, he became passionate about finding a way to protect our world’s coral reefs. He spent the following years building a better solution, developing the concept for Coral Vita with his friend and grad school classmate Gator Halpern. During this time, Sam also helped craft climate adaptation policies at the White House Council on Environmental Quality and the Global Island Partnership, which clarified the urgent need to preserve coral reefs. Sam received his BA from Yale College and MEM from the Yale School of Forestry & Environmental Studies. He is a Wild Gift Fellow, a member of the Halcyon Incubator’s 5th Cohort, and was awarded the Yale Entrepreneurial Institute’s Summer Fellowship.