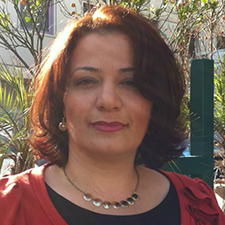 Fight the phenomenon of honor killings in the Israeli Arab community by helping Arab women to foster and advocate for change.

Samah Salaime Egbariya established and directed Na’am AWC “Arab Women in the Center” a nonprofit organization that aims to promote the status of women in Ramla, Lod and Jaffa and to combat violence against them, including the phenomenon of honor killing of women common in Arab society. Prior to this, she managed the center for Arab girls in Ramla, the community center in Lod and the community center in the Issawiya neighborhood of Jerusalem. Samah has a BSW and an MSW in social work, in the social policy and administration track, with a specialization in Gender studies both from the Hebrew University of Jerusalem. She is researcher and activist in gender education in The Palestinian society, in social entrepreneurship and in majority-minority relationships.