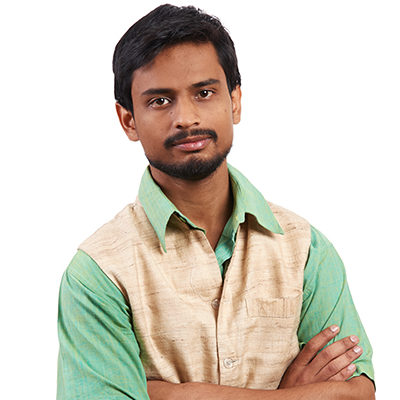 Improve academic learning of Indian children by building leadership within their communities and equipping them to be active participants in governance of the public schools.

SAAJHA builds leadership capacity of School Management Committee (SMC’s), a body consisting of parents and teachers, to ensure accountability for children’s learning in primary public schools of India. SAAJHA supports SMC’s to create forums for parent teacher interaction. It also wants to facilitate a coalition of SMC’s to create national demand for good governance in schools. SAAJHA is a Hindustani word that means collaboration, the organization core value. SAAJHA aims to impact 100,000 schools by 2025.

Saransh is responsible for strategic planning and operations at SAAJHA, a nonprofit that builds the leadership capacities of communities in an effort to increase parent participation in public schools of India. Saransh has a background in computer science and theatre. Prior to SAAJHA, for two years he worked with Kaivalya Education Foundation as a Gandhi fellow coaching public school principals in Mumbai. He was later selected as a Young India Fellow where he developed the idea of SAAJHA.