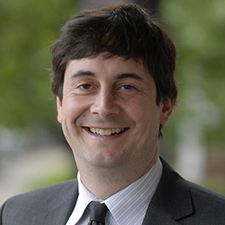 Rescue and protect forgotten African refugees, developing both short- and long-term solutions to ensure their right to safe and productive lives.

Sasha Chanoff has worked for over a decade in refugee rescue, relief, and resettlement operations in Africa and the US. Before launching RefugePoint, he consulted with the Office of the United Nations High Commissioner for Refugees in Kenya and worked with the International Organization for Migration throughout Africa, identifying refugees in danger, undertaking rescue missions, and working on refugee protection issues with the US, Canadian, Australian, and other governments. Sasha has worked extensively with many refugee populations, including Sudanese Lost Boys, Somali Bantus, Congolese Tutsis-at-risk, Liberians, and Sierra Leonians, among others. He has appeared on national and international media outlets; lectured, presented, and given keynote speeches at universities and international refugee conferences; and has published extensively on refugee issues. Sasha holds a BA from Wesleyan University and an MA in Humanitarian Assistance from the Tufts University Fletcher School of Law and Diplomacy and Friedman School of Nutrition, Science and Policy.