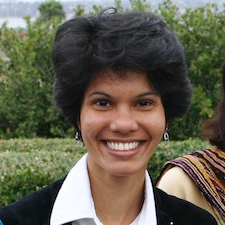 Build harmony between Sri Lanka’s Tamil and Muslim populations, while creating opportunities for sustainable livelihoods, through the resettlement of a mixed group of internally displaced families in their native Mannar.

As a result of civil conflict spanning the last twenty years, Sri Lanka’s Tamil and Muslim populations remain deeply divided and vulnerable. The conflict resulted in 730,000 internally displaced Sri Lankans, and while almost half have returned to their homes since the ceasefire in 2002, they are not adequately protected and assisted. As a result, this population faces threats to their safety, dispossession of their property, landlessness, and lack of livelihood opportunities and basic services. MRP resettles mixed groups of Tamil and Muslim internally displaced families in their native Mannar, giving preference to war widows, rape victims, the disabled, young female heads of households, and internally displaced people living in refugee camps. The organization takes a uniquely inclusive approach to build harmony in Sri Lanka by setting an example of ethnic reconciliation and peaceful coexistence between these two polarized communities, while offering families a chance to access sustainable livelihoods.

Shreen Saroor is the founder of Mannar Women’s Development Federation (MWDF), which addresses the needs of women victims of war in the north of Sri Lanka. Ms. Saroor helped implementation of Shakti gender equality program of the Canadian International Development Agency (CIDA) and coordinated CIDA’s Human Rights and Peace Building funds, through which she was able to build programs that focused on grass-root peace building and reconciliation activities. Shreen was one of the peacemakers of John B Kroc Institute for Peace and Justice, San Diego California and was awarded Echoing Green Fellowship in 2005 to build a model resettlement village (MRV) for mixed displaced communities through youth mobilization. MRV is a grass-root reconciliation model that emphasizes on reconnecting communities by promoting the value of coexistence. Her model has won two awards Threshold Foundation’s International Bremen Peace Award and UNDP N-Peace award. Shreen’s first degree is in Business administration and her post graduation