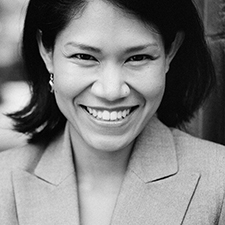 Initiate healing in the Cambodian-American community by empowering young Cambodians to interview their own parents about their survival during the atrocities of the Khmer Rouge, and disseminate these stories to educate the public about the genocide.

Decades after the brutal genocide, the Khmer Rouge atrocities continue to have a strong and debilitating impact on Cambodian-Americans. Over sixty percent of Cambodian-Americans suffer from post-traumatic stress disorder, and fifty percent are affected by major depression. Yet, there has not been any large-scale effort to provide closure for this community. A significant generational divide has resulted from the silence of these first generation survivors, as well as the lack of knowledge about the genocide imparted to their children.
Khmer Legacies empowers young Cambodians to interview their own parents about their survival and disseminate these stories to educate the public about the genocide. They work to normalize and remove the stigma from issues that survivors have been keeping silent for a generation. Through this process, these young Cambodians hope to transform the culture of denial and avoidance in Cambodian communities to one of acknowledgment and honor.

Socheata Poeuv is the CEO of Khmer Legacies, an organization whose mission is to create and capture video testimonies of survivors from the Cambodian genocide. Winner of the 2008 Jewish World Watch iWitness Award, Socheata made her filmmaking debut with the award-winning film New Year Baby, which was broadcast nationally on PBS’s Independent Lens on in 2008. She was on staff at NBC News Dateline, ABC News World News Tonight and NBC News TODAY. Socheata graduated cum laude with a B.A. in English literature from Smith College in 2002 and studied one year at Hertford College, Oxford. She is now pursuing an MBA at the Yale School of Management as a Soros Fellow.