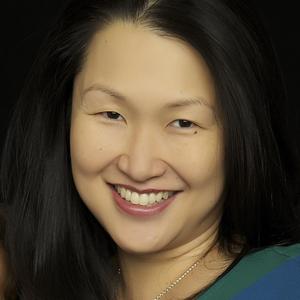 Tina is the head of the Global Media and Communications Team at Ashoka, where she leads strategic marketing and communications initiatives on a global level. Prior to that she was the Communications Director and Mohn Fellow at Bertelsmann AG, where she had placements at Random House UK and the Bertelsmann Foundation.
From 2003-2004, Tina was the Secretary General & CEO of the Institute of Cultural Affairs-International. From 2001-2002, Tina was a White House Fellow and Special Advisor serving in the office of the U.S. Trade Representative, working on e-commerce, biotechnology, and trade capacity development issues. Immediately prior she was a graduate student in the Foreign Service Programme at Oxford University where she also conducted research in Turkey on civil society/private sector partnerships as a Rotary Ambassadorial Scholar. She was the head of the Global Teaching and Learning Project at the United Nations and launched the “Kindness and Justice Challenge” at Do Something, Inc. In 1994, Tina was awarded a prestigious Echoing Green Public Service Fellowship to start a non-profit legal services organization.
For her commitment to public service and her role as a social entrepreneur, Tina has spoken at conferences hosted by the State of the World Forum, the Corporation for National Service, Stanford Law School, Harvard Law School, Yale University, and Wellesley College. In November 1997, she was honored as a “Woman Redefining Leadership” by the State of the World Forum. She has written articles on women and leadership, human rights, organizational development, social entrepreneurs, justice, and corporate/community partnerships. Tina has also appeared in the Boston Globe and on the Today Show, Voice of America and UN Radio.
Tina received a Master’s degree in social and education policy from Harvard, with a focus on organizational behavior and leadership training. She graduated magna cum laude from Wellesley College.