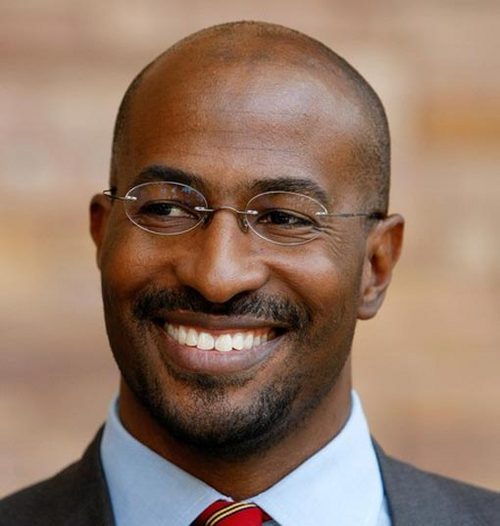 The Ella Baker Center is named for an unsung civil rights hero who inspired and guided emerging leaders. Through organizing, leadership development, and advocacy, the Ella Baker Center unlocks the power of low-income people, people of color, and their allies to transform California and inspire the world.

Anthony Kapel “Van” Jones (born September 20, 1968) is an American political activist, commentator, author and attorney. He is a cofounder of several nonprofit organizations including the Dream Corps, a “social justice accelerator” which presently operates three advocacy initiatives: #cut50, #YesWeCode and Green for All. He is the author of two New York Times bestselling books, The Green Collar Economy and Rebuild The Dream. He has served as President Barack Obama’s Special Advisor for Green Jobs, as a distinguished visiting fellow at Princeton University, and as a co-host of CNN’s political debate show Crossfire. He is currently President of Dream Corps and a regular CNN contributor.
In 2004, Jones was recognized as a “Young Global Leader” by the World Economic Forum. In 2008, Fast Company called Jones one of the “12 Most Creative Minds in 2008.” In 2009, Time magazine named Jones one of the 100 most influential people in the world. In 2010, he was the recipient of the NAACP President’s award. After the death of the musician Prince in April 2016 it was revealed that Jones acted as an advisor and go-between, helping the artist anonymously fund humanitarian work.
From Wikipedia, the free encyclopedia