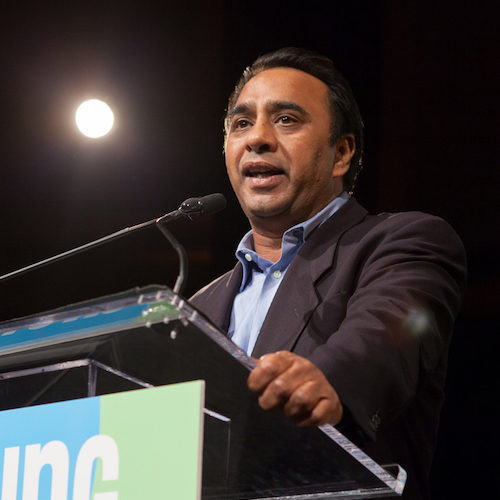 Eliminate poverty by applying global business best practices to the field of microfinance.

SKS Microfinance, an NGO-turned-for-profit company, applies global business best practices to the field of microfinance. It was launched in 1997 because of a fundamental flaw in microfinance, namely, its inability to scale to large numbers. SKS has overcome this challenge on the basis of three innovative principles: (1) using a profit-oriented model to overcome capital constraints (2) leveraging best practices for scaling from the business world to overcome capacity constraint (3) using technology to automate processes and lower costs. Known as the Starbucks of Microfinance, SKS also standardizes and automates microfinance processes. SKS also automates microfinance through back office and field technology, creating its own automated Management Information System (MIS) that field staff with just a high school education can manage independently. The combination of these three innovative principles have led to sustained organization growth rates of 200%.

Vikram Akula has been at the forefront of creating market-based solutions for financial inclusion. Born in Hyderabad, India, Vikram Akula began working in rural development more than two decades ago, initially as a community organizer with the Deccan Development Society. In late 1997, he founded SKS Microfinance as a non-profit. He led the organization until 2004, when he joined McKinsey & Company in Chicago as a management consultant. In 2005, he returned to SKS Microfinance to lead its conversion to a for-profit finance company. He then led the company to a successful IPO in 2010, which was oversubscribed 14 times. Under his leadership, SKS scaled to a peak of 7.3 million active borrowers in 2010-11, by which time it had disbursed more than $5 billion in loans as well as provided a range of micro-insurance products. Vikram resigned in November 2011 after 14 years with SKS. His current social venture is in mobile banking in India. For his work in financial inclusion, Vikram was named by TIME Magazine as one of the 100 most influential people in the world 2006. He has a B.A. in Philosophy and English from Tufts, an M.A. in International Relations from Yale, a Ph.D. in Political Science from the University of Chicago, and was a Fulbright Scholar. He is the author of the book A Fistful of Rice; My Unexpected Quest to End Poverty Through Profitability, published by Harvard Business Press. Vikram has received several awards for his work with SKS, including the Ernst & Young Entrepreneur of the Year in India (Business Transformation in 2010; Start-up in 2006). He was named as a World Economic Forum’s Young Global Leader in 2008, the Schwab Social Entrepreneur of the Year in India in 2006. He has been profiled in media ranging from the front page of the Wall Street Journal to CNN’s “Boardroom.”