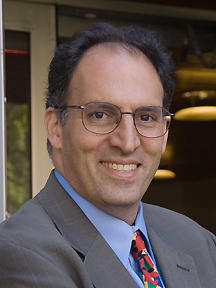 Unite young people of all backgrounds for a year of full-time service to keep students in school and on track to graduation.

An Action Tank for national service, City Year seeks to demonstrate, improve, and promote the concept of national service as a means of building a stronger democracy. City Year unites a diverse group of young adults, ages 17 to 24, for a demanding year of full-time community service, leadership development, and civic engagement. In 1993, The Clinton Administration used City Year as a model for its Americorps program and in 1994, The Timberland Company and Digital became national founding sponsors of City Year’s national corps in a tremendous act of corporate leadership. City Year’s vision is that one day, the most commonly asked question of an 18-year-old will be: “Where are you going to do your service year?”

Alan Khazei has pioneered ways to empower citizens to make a difference. In 1987, as a young graduate of Harvard Law School, he co-founded City Year with his friend, Michael Brown. City Year unites young adults ages 17-24 from all backgrounds for an intensive year of full-time community service mentoring, tutoring, and educating children. In 2007, Alan launched Be the Change, Inc., a nonprofit that creates national issue based campaigns by organizing coalitions of nonprofits, social entrepreneurs, policymakers, private sector leaders, academics, and citizens. Alan has served on the boards of leading national non-profits and has received numerous awards, including the Reebok Human Rights Award, the Jefferson Award for Public Service, and the Schwab Foundation Social Entrepreneur Award. Alan is also the author of the book, Big Citizenship: How pragmatic idealism can bring out the best in America.