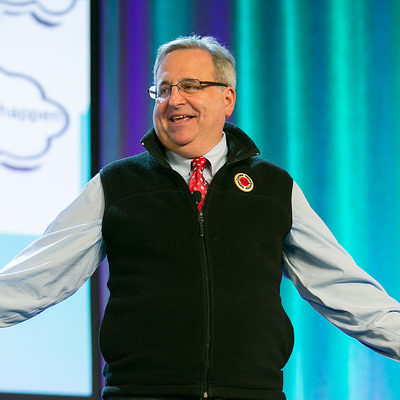 Unite young people of all backgrounds for a year of full-time service to keep students in school and on track to graduation.

An Action Tank for national service, City Year seeks to demonstrate, improve, and promote the concept of national service as a means of building a stronger democracy. City Year unites a diverse group of young adults, ages 17 to 24, for a demanding year of full-time community service, leadership development, and civic engagement. In 1993, The Clinton Administration used City Year as a model for its Americorps program and in 1994, The Timberland Company and Digital became national founding sponsors of City Year’s national corps in a tremendous act of corporate leadership. City Year’s vision is that one day, the most commonly asked question of an 18-year-old will be: “Where are you going to do your service year?”

Michael Brown is CEO and Co-Founder of City Year, an education-focused nonprofit organization that mobilizes idealistic young people for a year of service in high-need schools and promotes the concept of voluntary national service as means of building a stronger democracy.
This year more than 3,100 City Year AmeriCorps members are helping to address the nation’s high school dropout crisis and turnaround low performing schools by serving as full-time tutors, mentors and role models in high-need schools in 28 U.S. cities. City Year also has affiliates in South Africa and the UK. Through its national initiative, “In School and On Track: A National Challenge,” City Year aims to significantly increase the urban graduation pipeline in America.
City Year served as an inspiration for AmeriCorps, the federal initiative through which more than one million Americans have served their country. City Year has nearly 25,000 alumni who have contributed more than 42.5 million hours of service and earned access to more than $100 million in college scholarships through the AmeriCorps National Service Trust.
For his work developing City Year and advancing the national service movement, Michael has been awarded the Reebok Human Rights Award, Independent Sector’s John W. Gardner Leadership Award and has been named one of America’s Best Leaders by US News & World Report as well as an Executive of the Year and member of The Power and Influence Top 50 by The NonProfit Times.
Michael is a graduate of Harvard College and Harvard Law School, where he served as an editor of the Harvard Law Review. He currently serves on Harvard’s Board of Overseers. Prior to co-founding City Year, Michael served as a legislative assistant to then Congressman Leon Panetta and as a clerk for Federal Judge Stephen Breyer.