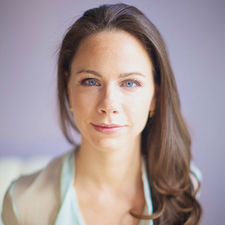 Build the next generation of global health leaders and improve the quality of healthcare services for the poor by connecting outstanding young professionals from around the world with health-focused organizations.

Global Health Corps (GHC) partners with organizations with proven success but limited resources to host international teams of young professionals for a yearlong fellowship. GHC works with the organizations to identify specific needs and outline a measurable assignment for the fellows. GHC recruits outstanding fellows from the U.S. and abroad who possess skills that will add immediate value to the organization and who show strong leadership potential. GHC provides extensive training and the fellows receive mentoring, professional development, and social and financial support.

Barbara Bush is the Co-founder of Global Health Corps (GHC), which mobilizes a global community of young leaders to build the movement for health equity. GHC was founded in 2009 by six twenty-somethings who were challenged by Peter Piot at the aids2031 Young Leaders Summit to engage their generation in solving the world’s biggest health challenges. Barbara and her co-founders were united by the belief that health is a human right and that their generation must build the world where this is realized. Since that time, GHC has placed more than 700 young leaders on the front lines of health equity in Burundi, Uganda, Tanzania, Malawi, Rwanda, Zambia, and the United States, developing a cadre of creative, effective, and compassionate changemakers.
Prior to GHC, Barbara worked in educational programming at the Smithsonian Institution’s Cooper-Hewitt, National Design Museum, where she supported design-thinking programs for high school students and faculty across the US. She has worked with Red Cross Children’s Hospital in South Africa and UNICEF in Botswana. Barbara is a member of UNICEF’s Next Generation Steering Committee and the UN Global Entrepreneurs Council. She is a Draper Richards Foundation Social Entrepreneur, a World Economic Forum Young Global Shaper, and a fellow of the Echoing Green Foundation. In 2011, Barbara was named one of Glamour Magazine’s Women of the Year, in 2013 she was recognized as one of Newsweek’s Women of Impact, and in 2015 she was named to Fast Company’s Most Creative People in Business list. Barbara graduated from Yale University with a degree in Humanities in 2004.