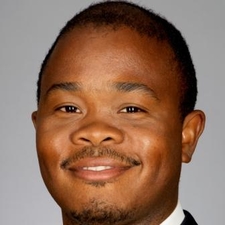 Fred Swaniker is passionate about Africa and believes that Africa’s future will be determined by the quality of its future leaders. He has thus devoted the last several years to building an institution that aims to transform Africa by developing its next generation of leaders: African Leadership Academy. Before founding African Leadership Academy, Fred founded Global Leadership Adventures, a leadership development program for youth throughout the world, and also helped launch Mount Pleasant English Medium School, one of the top-performing private elementary schools in Botswana. Fred began his career after college in the Johannesburg office of McKinsey & Company, where he advised management teams of large companies across Africa. Fred has an MBA from Stanford University, where he was named an Arjay Miller Scholar, a distinction awarded to the top ten percent of each graduating class. He also holds a BA degree magna cum laude from Macalester College.