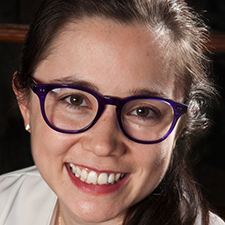 Develop an integrated method for directing remittances to income-generating projects for impoverished women entrepreneurs in Mexico.

Migrant remittances help alleviate some of the immediate symptoms of poverty, but they are not a permanent solution. They seldom succeed in creating opportunities that have a lasting effect on poverty. In 2007, Mexico received $25 billion in remittances, and yet more than forty million people continue to live on less than $2 a day. The challenge is to break the cycle where the survival of those left behind depends on migrant remittances, and instead create development opportunities within communities, so that migration ceases to be the only option for the next generation. CREA is developing an integrated method for channeling remittances to income-generating projects, eschewing traditional subsidies and cash handouts. By providing training and mentorship to women entrepreneurs in high-migration communities, CREA helps them scale-up their businesses and improve production processes, while developing better distribution channels to reach larger markets. Participating women entrepreneurs acquire new skills, build self-esteem, and forge closer partnerships with migrants, generating local income and employment.

Leticia Mariana Jáuregui Casanueva was born and raised in Mexico city and received a BA in economics and a BA in international relations from the Instituto Tecnologico Autónomo de México. Leticia completed an MS in Community Development and an MS in Agricultural and Resource Economics from the University of California, Davis. She has presented her work on remittances and female micro enterprise development at the Wharton School of Business, the Institute for Mexicans Abroad, the Organization of American States and the Organization for Economic Cooperation and Development, amongst others. She was named a 2009 Architect of the Future by the Waldzell Institute, and was a 2009 Latin America Finalist of the Cartier Women’s Initiative Awards. In 2010, Leticia was selected as a StartingBloc Fellow (Boston) and a Cordes Fellow at Opportunity Collaboration, and received the Ted. K. Bradshaw Memorial Alumnus Award from UC Davis.