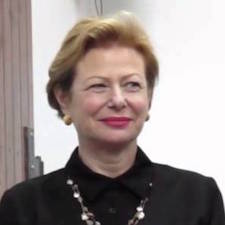 Change the trajectory of children with a parent in prison through programming and support for both children and their incarcerated parents.

Children with a parent in prison are six times more likely than children of non-incarcerated parents to become involved with crime and become imprisoned themselves. In Arms Reach, Inc. responds to this alarming situation with programming in academics, arts, music, prison visitation, and mentoring for children whose parents are or were formerly offenders of the criminal justice system. In Arms Reach empowers children through academic assistance, preparing each child for admission to college so that they may lead productive, crime-free lives. The program aims to break the potential cycle of incarceration passed from parent to child by offering one-on-one and group counseling in a supportive setting. In Arms Reach also helps to reduce feelings of abandonment and anger by nurturing existing parent-child relationships with free trips for children to visit their parents. Finally, the organization provides a voice for children in the public school system through meetings with officials, involvement in curriculum, and encouragement of academic excellence.

Nina Rosenblum is an Oscar-nominated, two-time International Documentary Association award-winning producer, director, and writer of documentaries, shorts and segments. President of Daedalus Productions, Inc., established in 1980, Nina has produced and directed for TBS, HBO, PBS, New York Times Television, Showtime, ABC, and NBC. Her co-production partners include Channel Four/UK; WDR/Germany; La Sept, France; and SBS/Australia. She is a member of the Directors’ Guild of America (Director), the Academy of Motion Picture Arts and Sciences, Women in Film, the Independent Feature Project and the International Documentary Association. She is a co-founder, with Terrence Stevens, of In Arms Reach, an educational mentoring program based at CUNY for children whose parents are in prison.